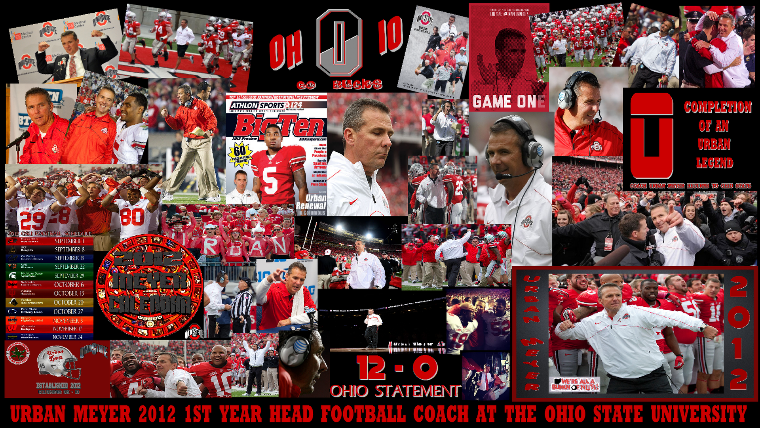 Urban Meyer isn’t used to being the underdog. But the situation he’s facing right now might be the toughest opponent he’s ever faced. I waited a little while before gathering my thoughts on the situation and after after thinking about it long and hard- I don’t see how Meyer wins.

The Ohio State University will have to do without it’s three-time national championship winning football coach- maybe for good.  Urban Meyer is on paid leave as the school investigates what he knew about the spousal abuse allegations leveled against his longtime assistant Zach Smith, who is the grandson of the Hall of Fame former Ohio State head coach Earle Bruce.

A little more than a week ago, Meyer was on the podium at the Big 10 media day denying he knew anything about what was happening three years ago. He said he knew about the abuse in 2009, but felt it was a young couple working through some issues. When asked about 2015, he basically said- don’t know about that, but then this happened:

That’s Smith’s ex-wife Courtney telling her side of the story. She has text messages and pictures, too. She also says she told Urban Meyer’s wife Shelley about the abuse and Meyer said she had to tell her husband.  That’s why Urban Meyer faces an uphill battle and why Ohio State parks right in the middle of a controversy yet again.

You’re going to have a lot trouble finding someone who thinks Urban Meyer really didn’t know what was going on in 2015. If she (Shelley) told him and Urban didn’t act on it, it looks like there’s not much he can do. And Ohio State parks right in the middle of a major controversy because of what Meyer allegedly didn’t say.

Where This All Started

College football reporter Brett McMurphy broke the story. He followed it up with this Tweet that sums up why Urban Meyer probably won’t coach at Ohio State ever again.

Ohio State coach Urban Meyer placed on administrative leave as school launches investigation after my report. If Meyer knew about domestic violence issues, he would have violated his contract & can be fired with cause https://t.co/fcxi8GKyeI

Urban Meyer is the face of Ohio State. This is a member of his coaching staff. It’s like the CEO knows one of his top-level employees is doing bad things behind closed doors, but turns a blind eye. And when it comes to light, he says “Not sure what you’re talking about.”

It doesn’t help that a report by Rodger Sherman of “The Ringer” talks about Meyer preaching “respect for women” as one of his core values. Sherman adds “Treat Women with Respect” is painted on a wall in the Buckeyes’ practice facility.

I just hope the team can handle the distraction and the search for the new coach is not painstaking. It shouldn’t be. It’s Ohio State.